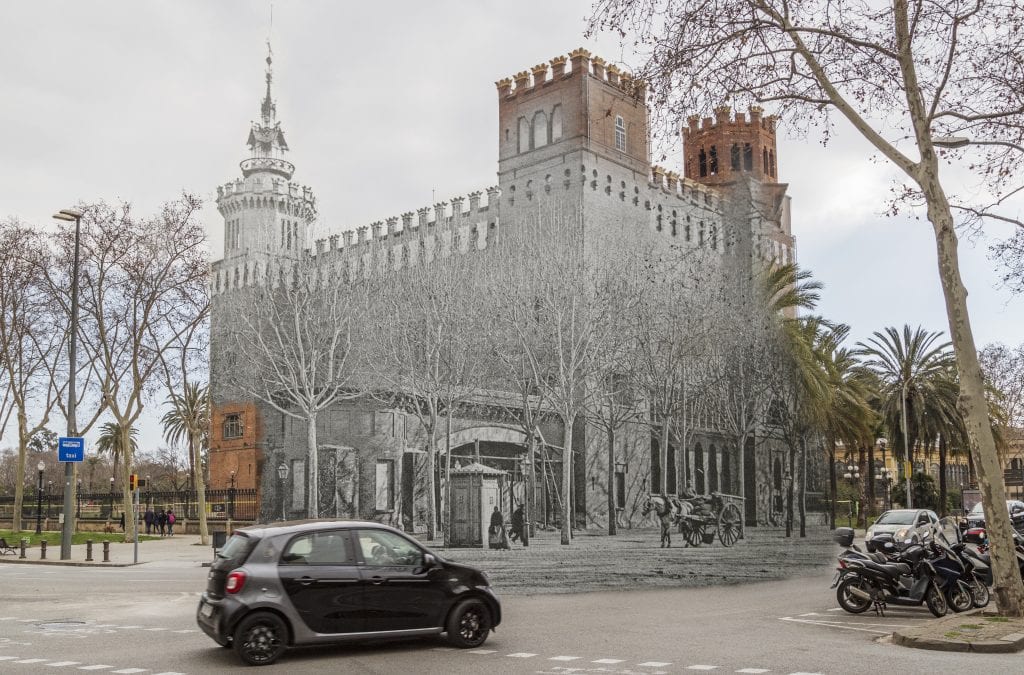 After the presentation of Albert Bada, Albert Bonnin, a graduate in photography and digital creation, and a post-graduate in advanced audiovisual post-production, from the Center for Image and Multimedia Technology at the UPC, spoke about his Retrofusion project, which fuses scenes from old photographs of urban landscapes, with current photographs.

The Retrofusión project was born three years ago as a connection point between some of its main interests in the field of photography: the study of light and the technology of cameras, architectural photography and the possibility of knowing the history of places through the images we have left from other eras. 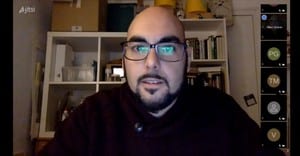 It all started with brochures published by Antonio López, called Barcelona in sight. In them are scenes of the city photographed by Fernando Rus at the beginning of century XX and printed by the engraver Pedro Bonet. From here, the way was opened to carry out a project: to recreate the old image and then merge it with an image of the present, made from exactly the same point of view. 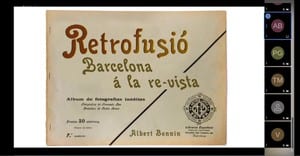 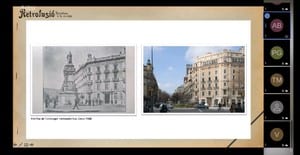 After the final images, which include the symbiosis of ancient and modern, there are several lines of research, especially with regard to the location of places, the analysis of points of view and the study of light. Apart from this, there is a desire to understand the technology that was related to image taking, which will be useful for current recreation; for example, to calculate the points of view, it will be necessary to have as reference a still existing element of the scene and, if possible, the original negative. Thus, with the comparison of the sizes of the physical element and the photographed one, by means of the calculation of the increase, it is possible to know approximately the distance at which the camera was placed, being able to even get to know the optics used by the photographer. For the study of lighting, the online software Photographer Ephemeris is integrated, with which you can identify the direction and angle of the sun at a specific date and time that, together with other web applications such as Shadow Calculator, will allow you to adjust the time of taking, with a margin of error of two to three weeks.

The ultimate intention is to capture, in the broadest possible way, the moment in history when the old photographs were taken and then be able to merge them with the modern ones. Although in this project the intention of the fusion is purely aesthetic, the truth is that the application of the mentioned technical resources can be useful for the evolutionary study of an environment, either from the architectural point of view, urbanistic, or simply historical. 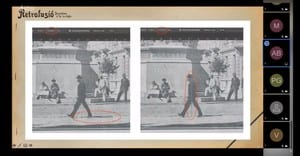 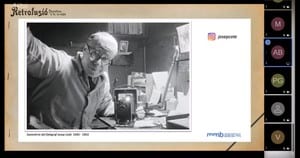 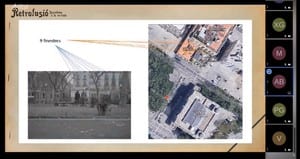 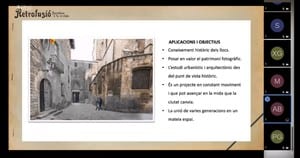 In any case, as a final result, images are obtained that allow us to travel through time, uniting several generations of people who are in the same place, but separated by more than 100 years of history.

Interestingly, as Jep Martí pointed out, in one of the photographs analyzed in more depth, that of Josep Coté’s son and his girlfriend, in Pla de Palau, the terrace appears from where Alabern and Monlau made the first in 1839. documented daguerreotype in Spain. And in addition, the Market, object of the following analyzed photo, would have been the main subject of this daguerreotype. 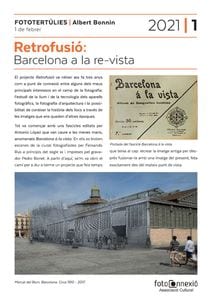