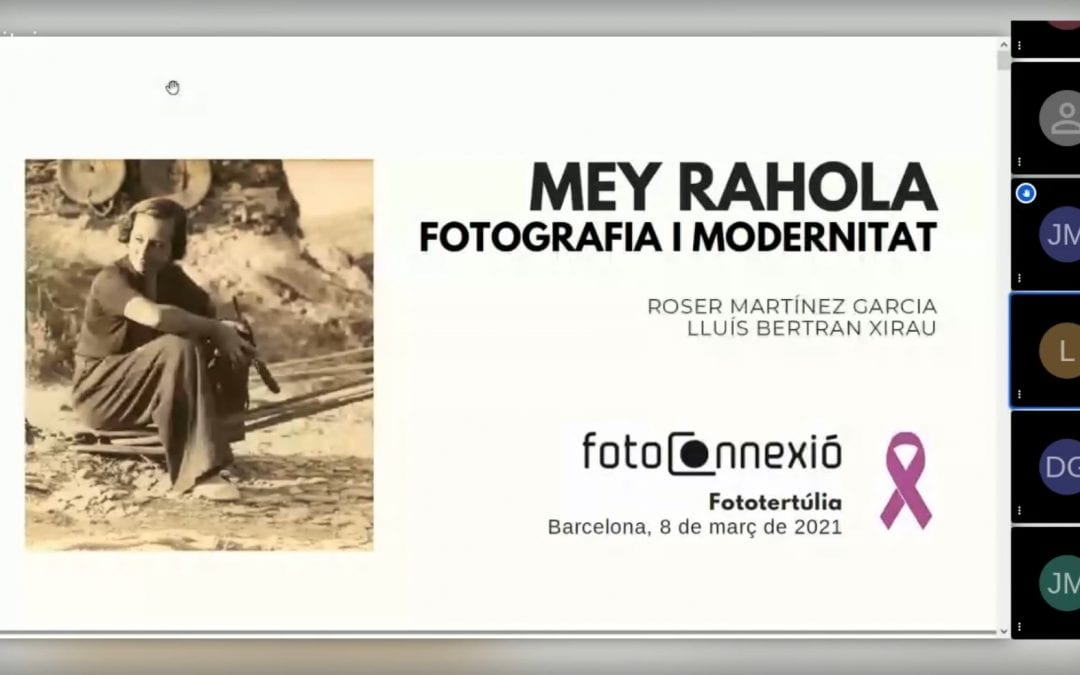 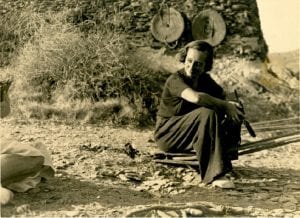 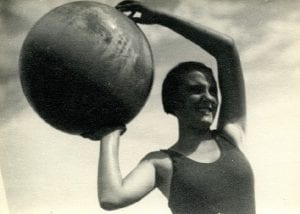 On Monday, March 8, coinciding with Women’s Day, Roser Martínez Garcia and Lluís Bertran Xirau told us about Mey Rahola. After the presentation by Maria de los Santos García Felguera, they showed us aspects of the life and work of Mey Rahola.

(Due to technical issues, the first five minutes have been edited with a still image).

Maria del Remei “Mey” Rahola de Falgàs (1897-1959), daughter of Empordà parents, grew up in Madrid, where her father worked as a chief engineer in a railway company. She matured in a family environment of photography enthusiasts that she transcended by orienting her photographic work towards the public sphere through competitions, exhibitions and publications. Established in Barcelona between 1934 and 1936, Mey Rahola became one of the first Spanish women to be recognized in the field of artistic photography. The Civil War brutally halted this stage of her career. In exile in Lyon, she had to work as a photographer to survive. At the end of the European War, she left her professional career, although she continued to take photographs as an amateur and to cover occasional commissions until her death in Vaucresson, near Paris, in 1959. 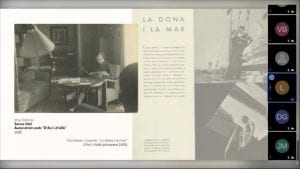 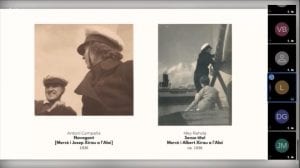 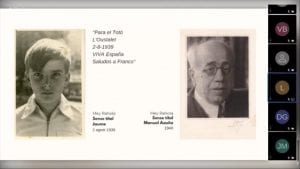 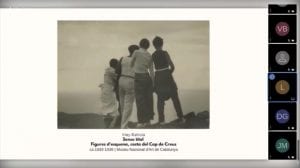 The research has made it possible to recover an important part of her photographic background and discover a surprising look, the result of the unique trajectory of a woman who always wanted to be modern, independent and attentive to the aesthetic concerns of her time. They also addressed the issue of the sources of Mey Rahola’s visual imagination. Apart from the prestigious models of the photo salons and the noucentista iconography, the originality of Mey Rahola maintains a strong relationship with the images of the illustrated press, then in full expansion and which disseminated new models of behaviour for women. Illustrated publications are a school of the eye in which Mey Rahola establishes models for the modern idyll that transmits his vital and bright photography. 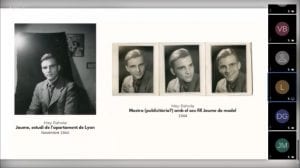 After the conference, as usual, a very lively round of questions was established, with a focus on technical aspects, and their relationship with other photographers and with the Photographic Association of Catalonia. 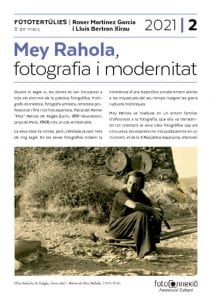