Photo talk The impact of photography on the world of graphic arts in Barcelona (1860-1902), by Isaura Solé 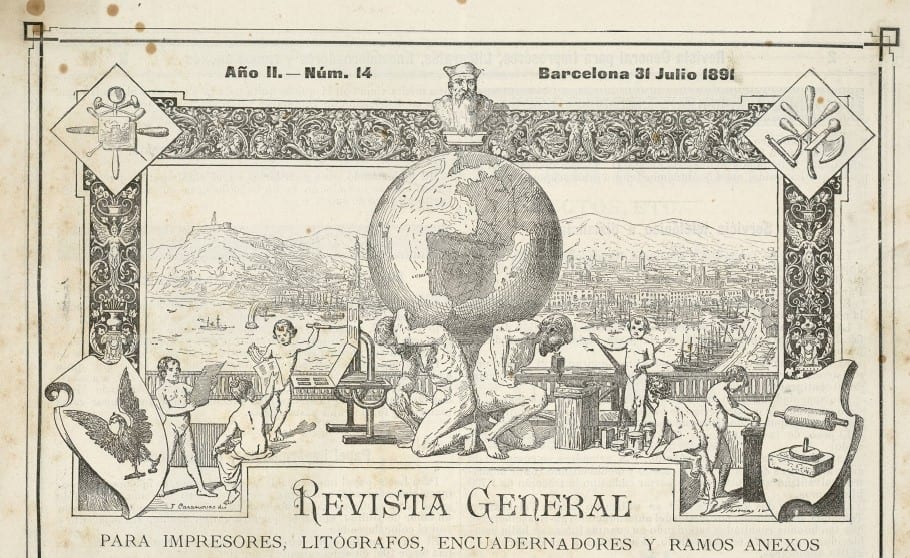 On Monday, May the 3rd, Isaura Solé spoke to us about photography and the graphic arts in Barcelona, in the second half of the 19th century, the subject of her doctoral thesis. After the presentation by Montserrat Baldomà, Isaura presented a very well-structured lecture on the evolution of the graphic arts in Barcelona and the effect of the introduction of photography.

During the second half of the 19th century, the graphic arts sector experienced an unprecedented revolution that led to its transition from manufacturing to industry. 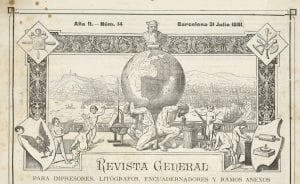 Header of the General Magazine for printers, lithographers, bookbinders and attached branches
(1890-1892). Historical Archive of the City of Barcelona.

Apart from the progressive mechanization of the typographic printing technique and the improvement and development of lithography and chromolithography, the world of graphic arts was strongly shaken by the emergence of photomechanical procedures, derived from photography. 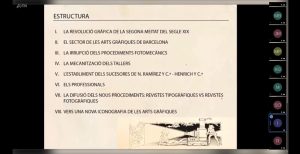 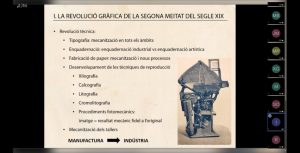 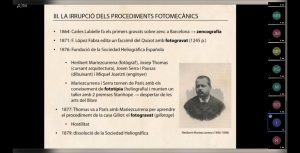 In this Fototertúlia, it is first analyzed the emergence of photomechanical reproduction establishments in Barcelona and what this meant for all the graphic arts establishments that existed until then. 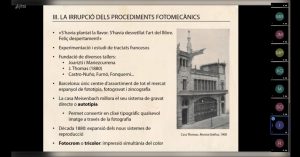 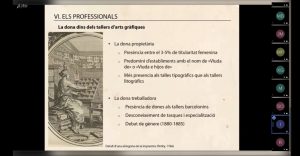 Secondly, how it affected the development of these new techniques within the mechanization process of the sector. The taste for photography and for the faithful reproduction of reality posed a challenge for graphic arts professionals, who saw its irruption with concern. In this sense, several testimonies collected by the typographic magazines of the time have been presented, where this anxiety is very present. What at first was seen as a threat and a competition, was gradually transformed into a need for knowledge in order to be able to incorporate new technology into the workshops. 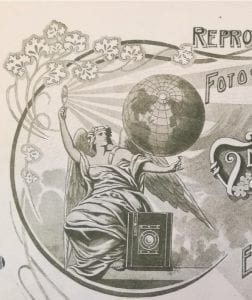 Announcement of the house of artistic reproductions of Widow of P. Bonet, c. 1902. Letterhead letterhead. National Archive of Catalonia. 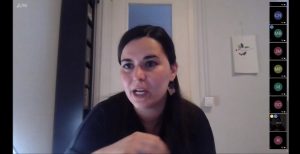 Isaura gave a brief review of the new iconography derived from this technology, comparing it with the classical representation of the printing press and lithography as mothers in the graphic sector.

Finally, there was a very enriching round of questions that completed this photo talk. 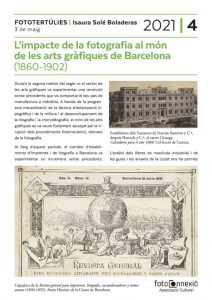