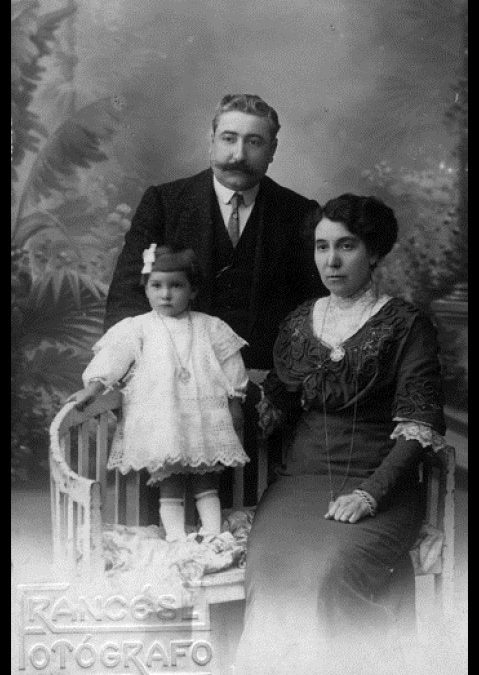 After the presentation by Jep Martí, reminding us of the International Day of Archives, and how these have evolved and improved the preparation and attention to photographic collections, Elisenda Cristià told us about the collection of Joaquim Guitert I Fontserè (1875-1957), preserved and now studied and disseminated thanks to the work of his grandson, Joaquim Masdeu Guitert. 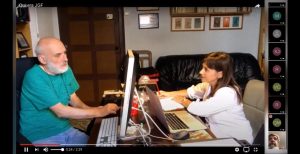 To delve into the study of a personal background is to immerse oneself in the life and environment of the person who produced it. Being faced with the documentation of such a representative figure of an era as Dr. Guitert was, and being able to treat and study it, is certainly a great and valuable opportunity. 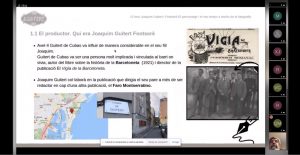 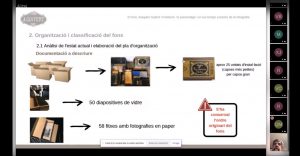 Joaquim Guitert i Fontserè, born in the Barceloneta district in October 1875, was a doctor and historian and, as a restless person, took part in the cultural, social and political events of his time. We see this activity reflected in its background, rich and diverse. After his death in 1957, his grandson, Joaquim Masdeu Guitert, carefully guarded not only all the photographic documentation (more than a thousand pieces of glass plates and photographic images in other media), but also all of Grandpa’s photographic hardware, textual documentation, and an enviable library of over 2000 volumes.

The image documentation -mostly- is the work of Joaquim Guitert and is the result of his personal, family, professional and scientific activity. His entire life trajectory is reflected in it. And of all the series, we highlight the one related to the Monastery of Santa Maria de Poblet, to which Guitert was closely linked.

The collection is currently deposited in the house where Doctor Guitert lived for the last twenty years of his life, in Mas Catalònia de la Selva de Camp, where his grandson currently lives.

The aim of the study was to document it: organize it, classify it, describe it, preserve it and draw up a proposal for dissemination. 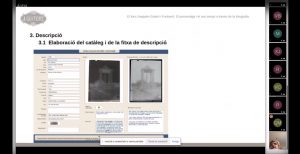 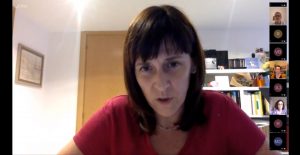 The images of ladies with a registration number received a lot of attention, without so far being able to more than venture some hypotheses of their purpose and meaning. 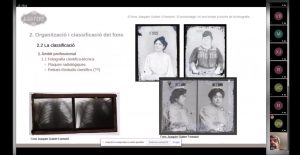 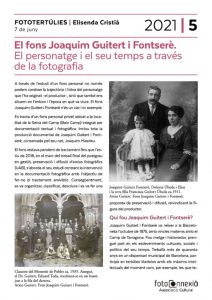 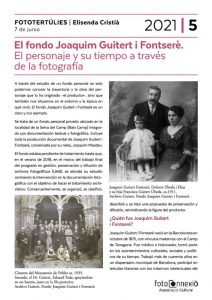 Extract from the Photo Talk (Spanish)

Exceptionally, on this occasion, the speaker wanted to share, in addition to the usual bulletin, the PDF of the presentation itself, as it includes numerous additional material, especially conversations with Joaquim Masdeu Guitert:

link to the PDF with the presentation of the Fototertulia