Fototertúlia (Photo chat) Let’s laugh together: Humor in Catalan popular photography of the first half of the 20th century , by Violeta Cañigueral Casassas 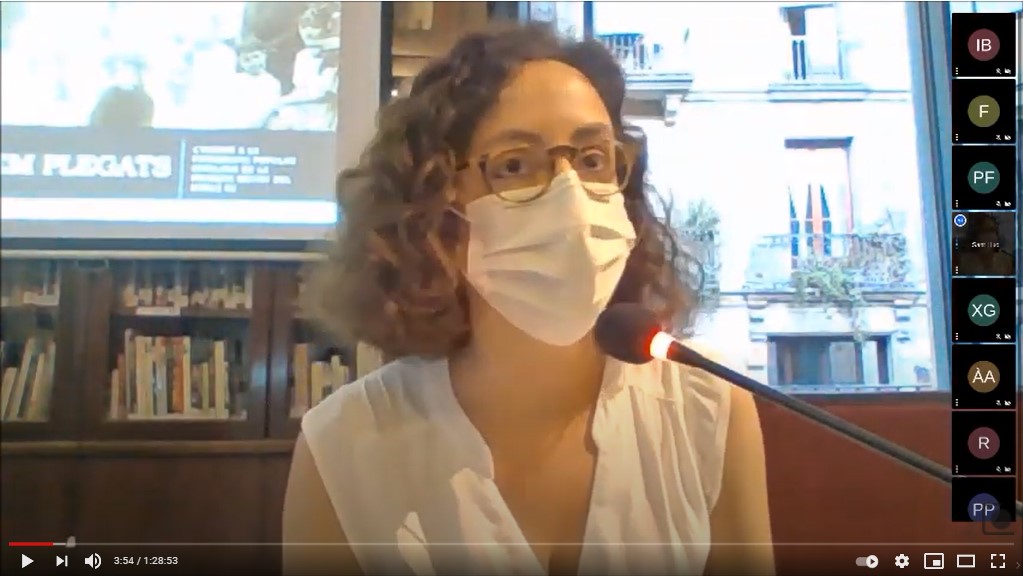 On Monday 5 July, Violeta Cañigueral told us about her studies on the presence of humor in photographs from the first half of the 20th century, mainly among amateurs, in Catalonia. 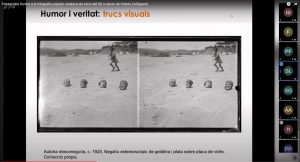 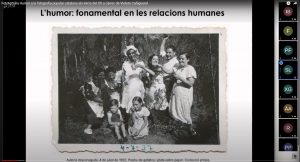 With this Fototertúlia we recover the photo talks in person, as always, at the Cercle Artístic de Sant Lluc, in Carrer dels Mercaders, 42. However, we have kept the streaming sessions, which offer many members and supporters the opportunity to follow these talks.

From the beginning of the twentieth century, photography as a practice was gradually integrated into the daily lives of wider sections of the population. This led to a greater variety and spontaneity of the situations captured by the camera and a growing informality in the attitude of the portraits, being a fertile ground for photographic humor. 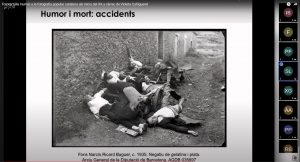 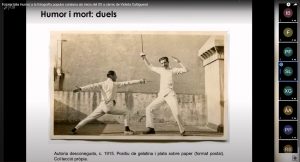 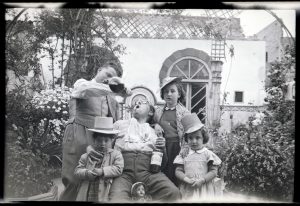 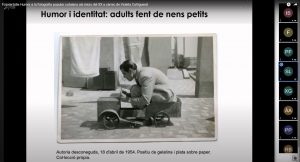 This Fototertúlia is based on a research that has examined more than four hundred humorous photographs taken during the first half of the twentieth century, most from anonymous families, whose legacy went to the Encants de Barcelona.

Violeta talked about the cognitive and emotional mechanisms involved in creating photographic humor in light of the main theories that try to explain why we laugh. We’ve also seen how humorous images can be interpreted, and at the same time classified, according to the traditional function of the photography they play with or mock: photography as a witness to reality or truth; as an element of construction and affirmation of identity; as a means of social cohesion; and as an antidote to the passage of time and death.

All in all, it allowed us to glimpse broadly what were the fantasies, fears, values ​​and taboos of Catalan society in the first half of the twentieth century. 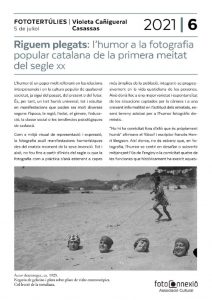 Extract from the fototertúlia (Catalan) 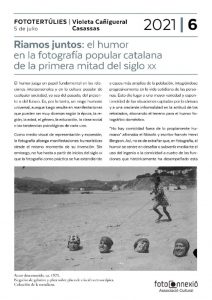 Extract from the fototertulia (Spanish)