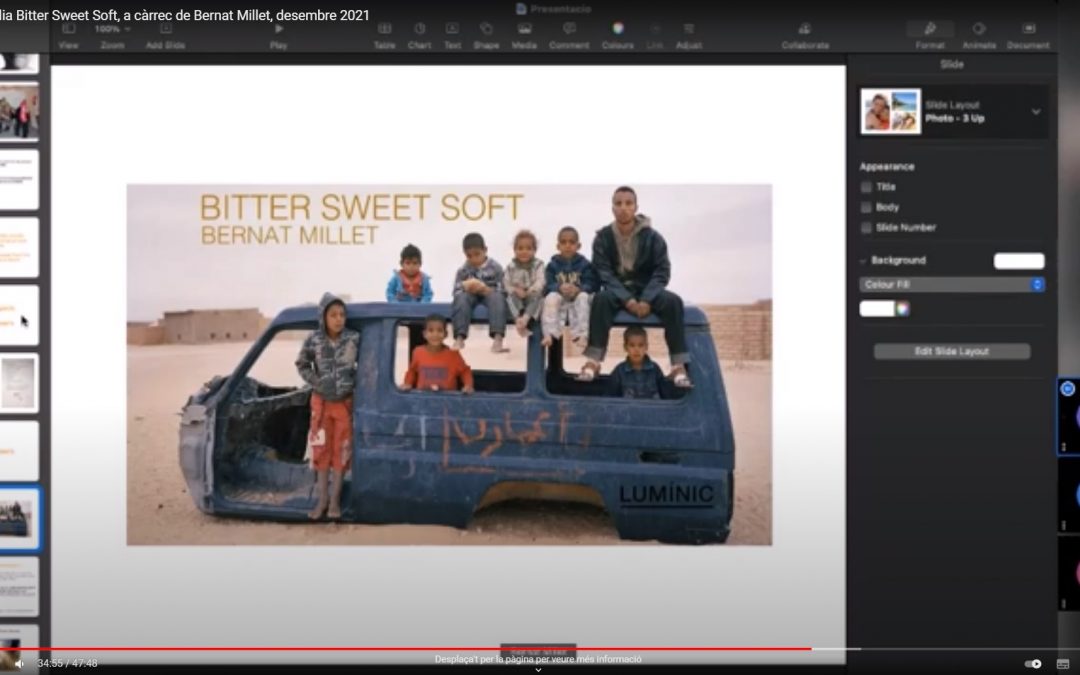 The phototalk was presented by Glòria Puigmal. Photographer Bernat Millet presented us with his Bitter, Sweet, Soft project, shown at various exhibitions and published in a photobook.

Bernat began his gathering by reviewing some of his previous works: There is no place like Plaistow Mansion, his beginnings in large-format photography in the United Kingdom, Wounded memories, rebel bodies: itineraries against oblivion, open portraits of the effect of polio on the bodies of the people who suffered them, and finally the Saharawi’s project. 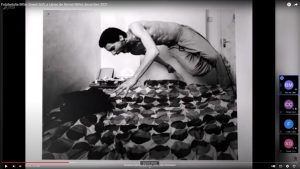 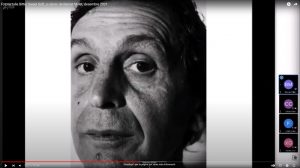 Millet focuses his gaze on everyday life, on a story of the intimate, where a strong sense of union arises based on the pillar of the family, which sustains fields whose inhabitants live their lives in a waiting pattern. In this way, the Saharawi people reinforce their identity, forging, day by day, through their values, a feeling of belonging, trying to blur the scars that cross their souls, giving way to a crack through which a small light.

What happens to the perception of time in a place where the future is uncertain and the only thing that makes them get up and continue fighting is the hope of liberation? 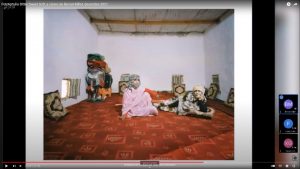 The Saharawi culture is drowned in a desert without spatial limits but limited in resources. In this inhospitable place, a real and metaphorical desert, games and laughter sprout, in an apparently barren land where buds are hidden that are waiting to come out. Its inhabitants rise up to rebel against the condemnation of oblivion, against days not lived, against wasted time, against desolation. They shout, in a harsh voice, that they still have the strength to continue fighting.