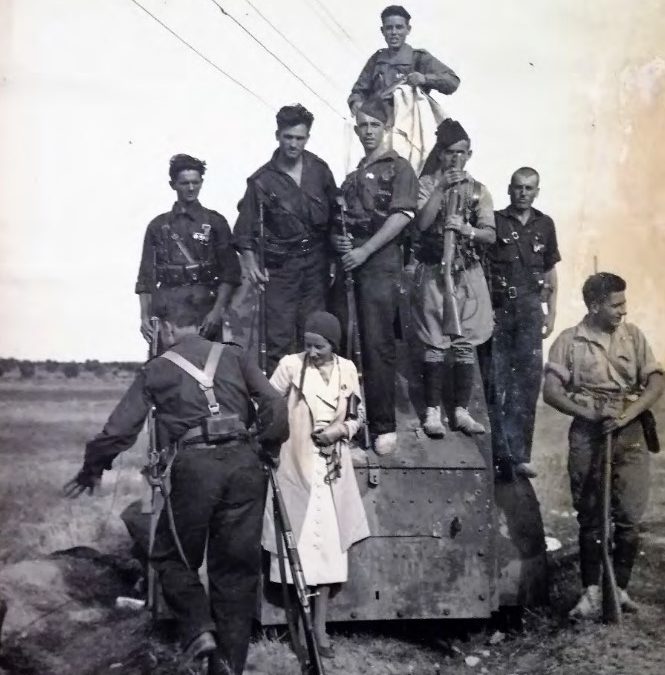 After the presentation by Maria dels Santos García Felguera, Marta López Beriso spoke to us about the British photographer Claude Kinnoull, and the photographs of her trips to Spain during the Civil War.

The British Claude Kinnoull (1904-1985), cosmopolitan, rich heiress, divorced from a nobleman, financier of Catholic and political propaganda projects, in love with adventure, is the photographer Claudek. A vehement-looking photojournalist who, between 1936 and 1939 and alongside her godfather the priest Vincent de Moor, toured many places in the front and rear, including Guernica, Durango, Eibar, Tortosa, Malaga and Toledo. His intention was to provide arguments about “the barbarity of the Marxist hordes” and the alleged betrayal of the Non-Intervention Pact by France and England. Accredited by a London-based weekly of its own, The Catholic Herald, it traveled in its own car, under the control of various press officers, all those places that served for propaganda and the creation of the myth of the need for coup of July 18, 1936. 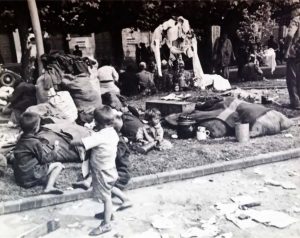 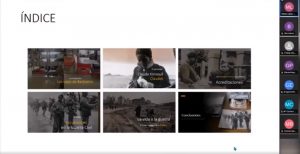 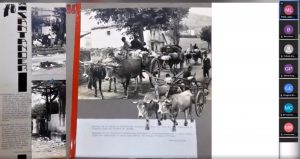 However, what it shows, unknowingly, is the reality of the systematic destruction, designed and perpetrated by the Francoist side and its allies, through populated images of people of all conditions and ages, living or dead, evicted by the didactics of terror imposed by the rebel side during the Spanish Civil War. Images of the remains, sometimes still smoky, of recently bombed places, corpses of soldiers, civilians and even children; and also of people waiting, living, eating or sleeping on the street next to a few household utensils. They are the ones that lead us to see firsthand the harsh consequences of discriminated and planned bombings with both physical and moral violence, the end of which we are debating today as to whether it belongs to the later definition of genocide. 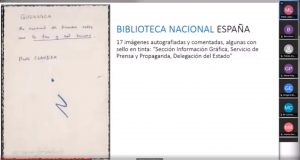 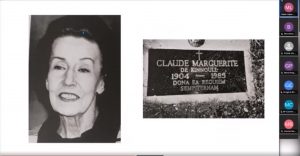 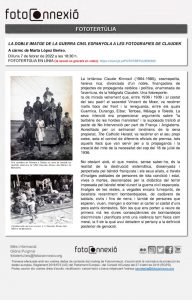 Presentation of the photo talk

After the photo talk, Marta and Juantxo Egaña told us about the photographs preserved in the Museum of the Claretian Martyrs in Barbastro and their conservation and dissemination project.