Fototertulia (Photo Talk) The children of the Republic at the Ignasi Igésias school, by Xavier de la Cruz 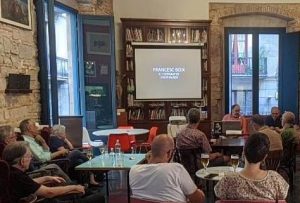 “Don’t panic”, the photo talk is not about Francesc Boix (at least, not only)

With the presentation by Ricard Marco, and after an aperitif with some surprising results from the analysis of the photographs of Francesc Boix and Robert Capa, Xavier de la Cruz spoke to us about the figure of Ignasi Iglésias (Sant Andreu de Palomar, 1871 – Barcelona, ​​1928), figure of the Catalan theater. During the documentary research in order to produce the book “Ignasi Iglésias (1871-1928). The validity of a forgotten myth”, the historian Manel Martín Pascual and the photographer Xavier de la Cruz i Sala discovered Ignasi in the collection Iglésias, deposited in the Historical Archive of the City of Barcelona by Emiliana Vinyes i Miquel, widow of the playwright, a photo album. This album was a gift from Montserrat Roca i Baltà, then director of the Ignasi Iglésias Municipal School, to the writer’s widow. It contains an exhaustive report of the activities in the Ignasi Iglésias school, of a surprising modernity. During the gathering, several people were listed as possible authors of these photographs, including Margaret Michaelis and Gabriel Casas. 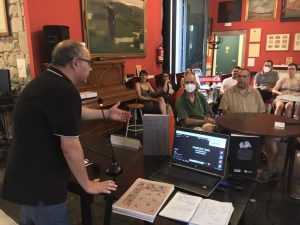 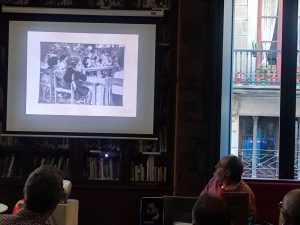