The Daguerre of Sants, memory of a neighborhood

El Daguerre de Sants is the first project started by Fotoconnexió and that perfectly represents the objectives of the association. 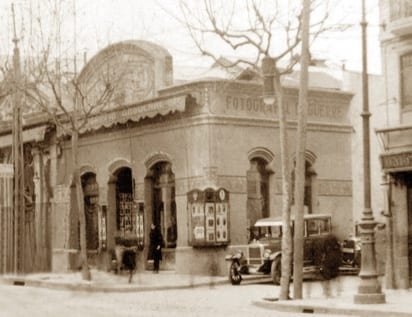 Fotografia Daguerre is a photographic studio located at number 78 of Sants Street in Barcelona, a unique establishment in Barcelona, which was inaugurated in 1916 and built expressly as a photography studio. The conservation of the building and its photographic heritage supposes, for Fotoconnexió, the safeguarding of a part of the history of photography, as well as that of Sants and its inhabitants.

Fotografia Daguerre is one of the few photographic studios of its kind that is still active in the city. It is currently run by Francisco Tapia Bonet, the third generation of photographers. Although it has undergone transformations over the years, the establishment retains the main structure and original outbuildings of a “classic” portrait gallery.

Through a crowdfunding campaign, El Daguerre de Sants.  Memory of a neighborhood was organized, a traveling photographic exhibition that shows, based on historical and documentary research, the biography of Martí Bonet, the family’s first photographer, his successors and the work done in this centennial and unique photography gallery.

The exhibition El Daguerre de Sants. Memory of a neighborhood was inaugurated in the Luisa Franch Room of the Cotxeres de Sants in October 2013 and then it went through the New Room of Sant Medir de la Bordeta (2013), the Anselm Cartañá Room of the Sants-Montjuïc District headquarters (2014), the lobby of the Pompeu Fabra University (2014), the Municipal Archive of Terrassa (2015), the Jordi Sierra i Fabra Foundation in Barcelona (2015) and the Parets del Vallès Photographic Festival (2015). 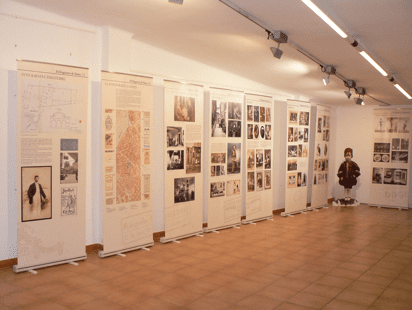 In addition, during 2014 a commemorative plaque was placed on the facade of the Daguerre Photography studio and Fotoconnexió presented the book El estudio Fotografía Daguerre de Sants published by the Photographic Archive of Barcelona (available to download). 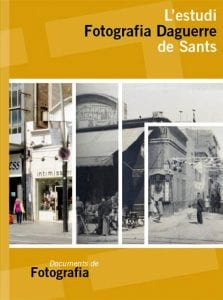 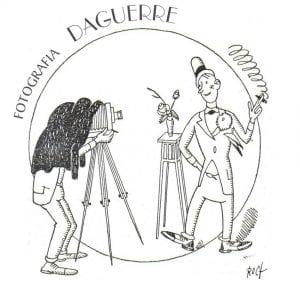 El Daguerre de Sants. Memory of a neighborhood is a project that also includes the participation of the residents of Sants and the recovery of the visual memory of the neighborhood. To this end, a citizen call was organized to collect photographs of family portraits and digitize them.
The recovered images plus the activities related to the exhibition, the echo in the media, as well as the news and research contributed by our collaborators, can be consulted on the El Daguerre de Sants blog::